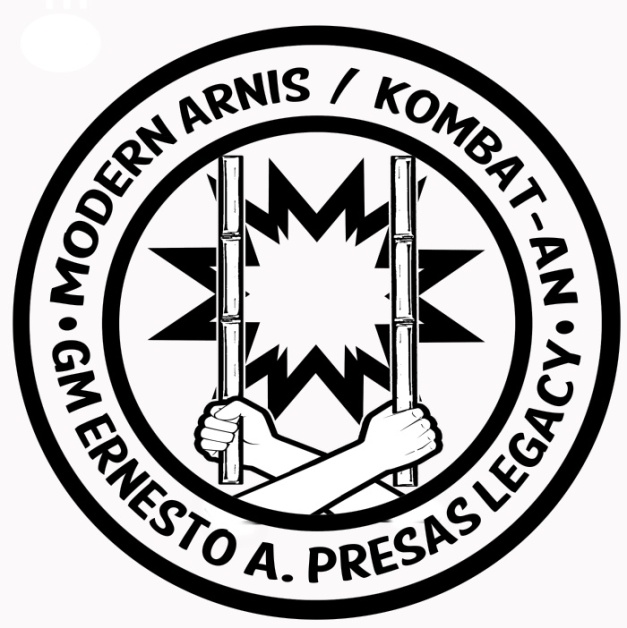 Ernesto A. Presas Sr. was born in the coastal town of Hinigaran, Negros Occidental on 1945-05-20. At age 8 he began his martial arts training under his father, Jose Presas, a well known escrima practitioner at that time. He went on to be an athlete in his college years, participating in various sports. His training in the martial arts is eclectic, having studied judo, jujutsu, karate, and various forms of Filipino and Japanese weaponry. He is currently a Lakan Sampu (10th Dan) in Arnis and Mano Mano (hand to hand combat) and holds a Lakan Walo (8th Dan) in Philippine Weaponry.

Remy and Ernesto Presas both recognized that the classical arts of their country were losing their appeal and therefore slowly dying. Both sought to modernize the native arts into an effective fighting system that would be appealing to martial arts students living in modern Filipino society. Their dream to re-introduce his native arts led to the development of Modern Arnis. Ernesto Presas would later re-christen his version of the art,  Kombatan Arnis – Presas Style.

In 1970 he began to teach the Filipino martial arts in the University of the Philippines and Lyceum of the Philippines. Later other classes expanded to the University of Santo Tomas, Central Colleges of the Philippines, the Far Eastern Military Academy, Philippine National Police Academy and the Philippines Air Force Officer’s School. Also in 1970 he was invited to Japan at Expo ’70’ to demonstrate Arnis. He quickly earned the respect of many of the Japanese masters who called his Art Filipino Kendo. After returning home, with the help of his friend Frederico Lazo, he opened his first club. Later he formed the Modern Arnis Association of the Philippines International and the ARJUKEN (which stands for Arnis, Jujutsu, Kendo) Karate Association to formally spread the art within the Philippines. In 1975 he founded the International Philippine Martial Arts Federation (IPMAF) and began to spread the Filipino art to the outside world. In time his Arnis Presas Style and techniques became widely accepted and adopted by countries in Europe, the United States, Canada, Mexico, Australia, New Zealand, South Africa, Saudi Arabia and Puerto Rico. He has also published numerous books and videos and has been featured on the cover of Inside Kung Fu magazine with the title “Ernesto Presas: The Father of Mano-Mano” (which art he created).

Ernesto Presas traveled the world teaching seminars to spread his art. Many visited the Philippines to take lessons from him in Manila.